Last week saw DSI take part in a tour of Tasmania. Over the last week of March, Claire Davis (Associate Director), Craig Butler (Industry Engagement) and Charlotte Morris (Government Engagement) travelled around Tassie, from Hobart to Launceston to Burnie. An exciting visit gave amazing insight into defence capabilities in Australia’s southern isle and emphasised multiple new possible collaborations for the area. The result will be new industry connections and access to a flurry of resources throughout 2022 for many of the organisations that took part.

Monday began with a tour across the University of Tasmania campus in Sandy Bay. This included tours of the ACROSS Chemistry building, the Engineering building, the TerraLuma (GPSS) Geography building, the Sense T Maths and Physics annex, and the ICT Centenary building.

After a lunch with some academics at UTAS, the team travelled from Sandy Bay to Salamanca Wharf to meet with representatives from the Institute for Marine and Antarctic Science (IMAS) as well as representatives from AAD and CSIRO at the IMAS Waterfront building. The DSI team spoke to ice core scientists who can test the contaminants of ice to determine multiple different variables, including the age of the ice itself. From there they left for Huntingfield to visit Currawong Engineering’s UAV Powertrain. Currawong Engineering develop advanced UAV engine systems for demanding environments, as well as power electronics for a vast array of demands and applications.

The team then made their way back to Salamanca to meet with State Growth representatives Shona Prior and Dennis Hendriks at the DSG Offices.

On Tuesday, the team visited Hensoldt Australia. Hensoldt, in partnership with the University of Tasmania, assists in Australia’s sovereign Space Domain Awareness capabilities in the monitoring of satellites and space debris. DSI met with Scott Reeman, VP Tasmania and GM Strategy, in Franklin Wharf. 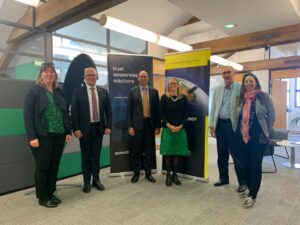 Next, the team met with Peter Padd of Fortifyedge in Salamanca. Fortifyedge develop powerful computing for trusted systems and wearable devices. With multiple innovation awards under their belt, and connections to industry in the US, Fortifyedge were an exciting part of DSI’s visit.

PFG, located in Goodwood, do more than make boats out of plastic. Robert Inches of PFG escorted the DSI team on a Sentinel – a tactical watercraft that offers a fully-customisable integrated maritime system. The Sentinel is shortlisted for the Indo Pacific 2022 innovation awards.

After a long day, the team left Hobart for Launceston.

Next up was DSTG, focusing on developing techniques for the sterilisation of high nutritional content food, as well as their Microwave Assisted Thermal Sterilisation (MATS) system. The MATS system can keep food edible for 2 years, helpful in creating ration packs for defence forces. In a similar vein is Forager Foods, who are perfecting the process of commercialised food dehydration. The DSI team visited their research facility in Scottsdale as well as their large production facilities in Launceston.

Firmus are focused on energy efficient data centres. They’ve strategically chosen Tasmania as their base of operations due to the state’s use of hydro energy and naturally cooler climate. Firmus has their processing power submerged in oil to better regulate temperature and increase efficiency. They are developing both a 3.5 petaflop capacity deployable unit and a 200 petaflop supercomputer.

Thursday consisted of a visit to the Australian Maritime College (AMC) in the morning. AMC are developing/responsible for real-time para-simulation, a state-of-the-art towing tank (shown below), an Autonomous Maritime Systems lab, a model testing basin, the Cavitation Research Laboratory, an underwater research collision facility (for submarine impact testing), and the Human Interface Technology (HIT) lab.

After a lunch with some researchers and talks about the plans for redevelopment of the AMC campus and its expansion, the team headed to Elphingstone in Burnie.

Elphingstone build buses, tanks, and other heavy vehicles and machinery, but are even more diverse than that. They also develop and produce underground mining equipment, as well as wire harnesses.

Next were Direct Edge and the Jayben Group. Direct Edge is primarily a sheet metal company, yet they have a strong involvement with Land 400 Phase 2 with Rheinmetall. Jayben Group have existed for over 100 years, and have a focus on strong vertical integration, inventing, developing, and producing products in house with an interesting concentration on heavy equipment robotics.

Finally, the team met with Penguin Composites. Penguin began with making canoes and now designs and produces campervans. They also produce a range of defence products for companies such as Thales.

DSI would like to thank all attendees and organisers for their contribution to the tour and for helping to make this a successful and memorable visit. 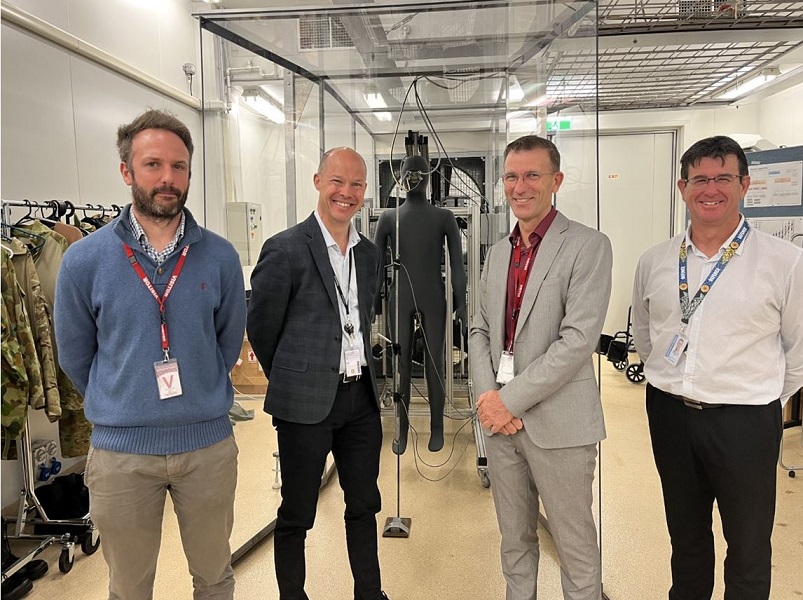 AOC 2022 Convention: Winning the Information War in the Indo-Pacific
June 7, 2022
The Australian Chapter of the Association of Old Crows will... 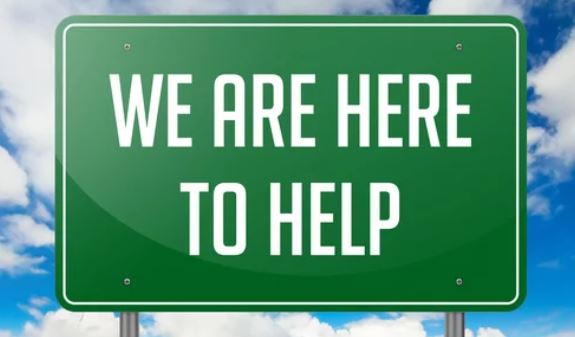